A medical directorship may seem like a reasonable way to bring in extra income without investing a lot of time and effort. However, depending on the arrangements, a medical director’s duties can be extensive and the liability issues not always obvious. Therefore, it is important to understand the legal, regulatory, and professional liability coverage issues prior to accepting a medical director position. 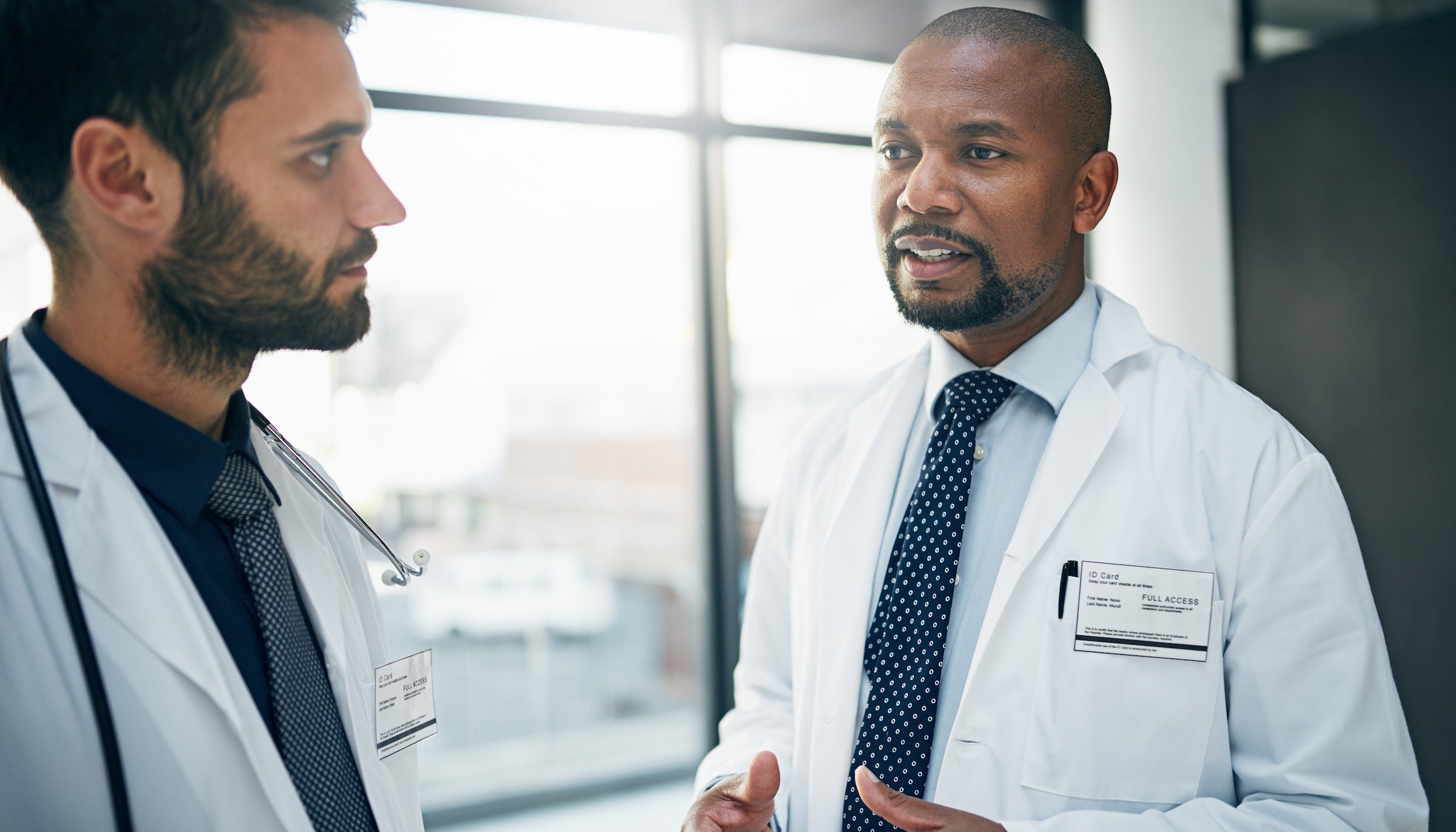 The duties of a medical director may include:1

While many tasks can be delegated, the medical director is frequently held responsible when a patient suffers an adverse event or the entity’s regulatory compliance is called into question.1,2 The defense of malpractice claims and medical board actions can also become complicated when a physician’s dual roles as medical director and attending physician become intertwined. Finally, physicians serving as medical directors may be surprised to discover that their professional liability policy excludes medical director duties, and that separate coverage is required. Therefore, it is important to ensure medical liability coverage prior to accepting a medical director position.

Allegations against the family physician (FP)/medical director in the following case ranged from failure to hire qualified staff to failure to adequately assess the patient’s medications. The FP’s reliance on allegedly negligent staff to carry out the patient’s treatment plan complicated his defense. If he had not been the medical director responsible for qualified staff, then the otherwise clear-cut staff negligence as a cause of the patient’s injuries could have benefited his defense. However, as the medical director, the FP was ultimately responsible for the efficacy of the staff. His misunderstanding of the extent of his duties in both roles put patients at risk and complicated his defense.

In his roles as attending physician and medical director, the FP was primarily responsible for the injuries the patient suffered while she was a resident at a skilled nursing facility.

An FP contracted with a company that provided medical directors, attending physicians, and advanced practice clinicians to skilled nursing facilities (SNFs). Through the company, the FP was medical director at four different SNFs. In his role as medical director, the FP attended quarterly coordination of care and quality assurance meetings. The FP and the nurse practitioners (NPs) he employed also took on the primary care role for patients whose primary care physicians were not attending them at the SNF.

Among the four SNFs, the FP, and his two NPs provided primary medical care for approximately 150 patients. The FP visited each facility approximately one to three times per week. When he arrived, he checked in with the administrator and director of nursing, who told him whether there were any patient complaints or any patients he needed to see. He generally did not initiate patient examinations.

A formerly healthy, cognitively intact 65-year-old man was involved in a major car accident in which he suffered a broken hip and femur, rib fractures, and a brain injury. He was admitted to the hospital. Following a lengthy hospitalization, he spent time in a rehabilitation facility and was ultimately admitted to an SNF on July 1, 2012. Because he did not have a primary care physician, he was assigned to the SNF medical director, the FP. The patient’s discharge summary from the rehabilitation facility noted he had a “rash” on his buttocks. Agitation associated with his brain injury was being treated with anti-psychotics and benzodiazepines.

On July 7, the patient was examined by the FP. During the examination, the FP failed to identify any skin breakdown and instead noted the patient’s skin to have good turgor. Medications for agitation and combativeness were increased. By July 8, nursing notes indicated the patient was minimally responsive when awakened and had developed pressure ulcers on the coccyx, buttock and heels.

The FP next examined the patient on July 28. He ordered labs, discussions with a dietician, and nutrition supplementation—presumably because the patient had lost 10 pounds since admission. (His reasoning was not documented.) Consultation with the wound care physician was ordered, although the FP would later testify that he had never examined the patient’s wounds. Consultation with physical therapy was also ordered, although the patient’s somnolence made physical therapy impossible. The FP noted that the patient was progressing satisfactorily and was continuing toward the goal to transition him home.

On August 15, the patient was transferred to the hospital with multiple stage IV pressure ulcers on the coccyx and buttocks and other wounds. He was diagnosed with osteomyelitis, and after a month of intensive treatment in the hospital, he died.

The patient’s family filed a claim against the FP (in both his role as the medical director and attending physician) and the various other administrators and staff involved in the patient’s care, alleging:

Elder abuse was also alleged against the FP, for which the plaintiffs were seeking punitive damages.

Although the FP believed he should be dismissed from the lawsuit because he had little involvement in the patient’s care, the plaintiff’s attorney viewed him as the target defendant with the greatest level of malpractice exposure. The defense team believed any jury would have a difficult time parsing the care provided by each defendant and evaluating the quality of that defendant’s care without thinking about the overall care and outcome. With the plaintiff’s attorney focusing on the FP, his documentation and supportive testimony from other members of the patient’s healthcare team would be extremely important to the success of his defense. Unfortunately, there was neither.

Issues Regarding the FP’s Medical Care of the Patient

Defense experts were unable to support the FP’s care of the patient for a variety of reasons. They were critical of the sparse and seemingly inconsistent documentation. For example, the FP consistently described the patient as making satisfactory progress, even though the original plan was for a 30-day stay, at the conclusion of which the patient would be able to return home. Defense experts were also critical of the FP’s complete reliance on the wound care specialists and nurses to manage the treatment of the patient, and failure to review the nursing and wound care team’s documentation of the care they were providing. They believed the documentation evinced an overall inattentiveness to the patient’s ongoing medical problems. One expert described the FP’s treatment as “cursory.”

Because the physician had very little independent recollection of the patient or discussions he might have had with the nursing staff or administrators regarding the patient, there was little evidence to defend against the malpractice and elder abuse allegations.

Issues Regarding the FP’s Medical Directorship

The FP’s minimal involvement in the administration of the SNF became problematic during litigation. He had signed a medical director contract that made him responsible for overseeing nursing staff, ensuring that nursing care was appropriate, and ensuring that treatment plans were carried out. The fact that he was charged with overseeing nursing care made it difficult for him to criticize the nurses for not providing adequate care to his patient. Furthermore, although the FP’s agreement with the SNF indicated he would, he did not make staffing decisions and did not know how the decisions were made. This became an issue when it was discovered that LPNs (not RNs, as required by state law) had been handling the patient’s assessments and care plans. Also, the wound care physician attending the patient had no training in wound care, though he was employed by a group that advertised as wound care specialists. There had been no effort on the part of the administration to confirm the qualifications or verify the credentials of the wound care physicians and staff with which it contracted.

In addition to alleging malpractice, the plaintiffs alleged elder abuse and made a claim for punitive damages. Unlike malpractice, elder abuse judgments are usually not restricted by tort reform measures (e.g., caps on damages for pain and suffering).3 The patient’s condition when he entered the hospital provided convincing evidence of neglect, which supported the elder abuse allegations.

In this case, the FP had not made arrangements to have his medical directorships endorsed onto his medical malpractice policy, which specifically excluded liability arising from “administrative or management services provided by an insured to another organization not owned by you unless specifically endorsed on to this policy.” The FP’s policy also excluded indemnity for punitive damage awards.

The case was settled on behalf of the FP and the other defendants.

Although they might not look like medical facilities, medical spas are subject to the same rules and regulations as physicians’ offices when medical procedures are being performed. In the following case, a dermatologist was influenced by the laser company’s and aesthetician’s assurances of the propriety and low risk of serving as the medical spa’s medical director.

An aesthetician wanted to add laser treatments to her existing business. She offered a dermatologist a monthly fee to serve as the medical director and “supervising physician” at her spa. State law required a “supervising physician” for the type of laser treatments she planned to provide. The state law allowed for indirect supervision (i.e., the physician had to be available by telecommunication, but was not required to be on site). The aesthetician told the dermatologist there was no expectation for her to be on site or provide laser treatment or any other spa treatment. The laser equipment company would provide the aesthetician the training she required to be credentialed to operate the laser. The aesthetician would retain her own professional liability insurance. The dermatologist signed the agreement, assuming everything proposed was legal and low risk.

Defense experts who reviewed this case believed the aesthetician was negligent. However, they questioned how the dermatologist could supervise the aesthetician when the physician had no training in laser hair removal. They noted that the state practice statute required supervising physicians to be knowledgeable in the laser procedures they were supervising. Experts were also critical of the dermatologist’s lack of oversight of patient treatment plans and non-involvement in treatment protocols.

The case was settled.

Whether serving as a medical director of a medical spa, SNF, or some other type of healthcare practice, it is important to understand the legal and regulatory issues associated with the position that may or may not also apply to your role as an attending physician.

It may be difficult to separate physician duties from medical director duties. Consider the following recommendations:2

Due Diligence before Signing a Medical Director Contract

Before signing a medical directorship contract, consider the following recommendations:2