Like other people, physicians and clinical staff members may commit crimes and engage in other noncriminal activity that can expose their healthcare employers to liability and regulatory violation risk.1 Therefore, it is important to have processes in place to conduct background investigations on any staff member involved in patient care and practice operations, even those with personal references from current clinicians or staff. 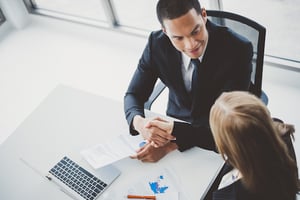 Although healthcare employers are generally not vicariously liable for the criminal actions of employees, they can be sued for negligent hiring, supervision, or retention when a clinician or staff member’s criminal behavior results in an injury to a patient.2 When this happens, the employer also leaves itself vulnerable to the negative publicity that follows an incident of this type, whether substantiated or not.

Case One: Hiring a Physician with a History of Sexual Misconduct

A healthcare employer can be held directly liable when an employee or contractor injures a patient, and the employer knew or should have known of the danger.3 If the employer’s hiring process is challenged in court, the jury will consider the reasonableness of the process, including the foreseeability of the risk of injury to the patient and whether the hiring process (or lack of it) caused or contributed to the patient injury.4 It is, therefore, important to have appropriate hiring policies and protocols in place and to follow protocols, even when a potential hire is known to one of the physicians in the group.

The group’s negligent hiring and retention of the physician resulted in the patient being assaulted.

A physician was terminated from his position at a clinic for inappropriately touching a number of patients. Before he resigned, he had learned from an acquaintance that a family practice group in the next town was hiring. It just so happened that a friend of the physician’s was also a member of the family practice group. The acquaintance was not aware of the physician’s resignation, and connected him to the group’s office manager.

The office manager brought the physician in for a series of interviews. He told the office manager that he was still employed at the clinic and requested that they not contact the clinic—a request they honored. Because his friend vouched for him, the group did not follow normal hiring protocols. Had they contacted his former employers, they might have discovered he had been asked to resign under suspicion of inappropriate conduct with patients in other instances.

Within a few months of being hired, the physician saw a 17-year-old female patient who came in for a sports-related physical. In the course of the examination the physician put his hands inside her underwear and touched the outside of her vaginal area for 5-10 seconds. (The patient had chosen the option of being examined without a parent in the room, so the mother was waiting outside of the examination room door when the inappropriate touching occurred.) The patient later reported the incident to her mother.

The mother contacted the group’s medical director. He discouraged the mother from contacting the police and advised her it would be unpleasant for her daughter to go through a criminal investigation. No one reported the incident to the police or the medical board. When questioned by the medical director, the physician denied inappropriately touching the patient. He continued to see patients. Two months after the incident, the group received notification from the medical board that the physician’s license was being suspended—eight women had come forward to report inappropriate sexual behavior and touching at the physician’s prior places of employment. He was then fired from the group.

Eventually, the local media picked up the story. The 17-year-old patient’s parents, upon hearing about the prior instances of sexual misconduct, filed a lawsuit against the physician and reported him to the medical board. They alleged the group should have discovered the prior complaints of inappropriate touching and, as a result of the group’s negligent hiring and credentialing, the patient was sexually battered.

The group had difficulty defending its failure to completely investigate the physician’s background. Because none of the employers had reported the physician, and he had lied during his interview, the only way to discover his dangerous proclivities was to contact his former employers and convince them to share the reasons for his termination.

Fraudulent Medicare billing can expose healthcare employers and medical directors to potential criminal and civil liability, and may lead to imprisonment, fines, and penalties, including exclusion from participating in all federal healthcare programs.5,6

The skilled nursing facility (SNF) was responsible for the systematic billing fraud committed by its director of nursing and director of rehabilitation, both of whom had criminal records involving fraud.

An SNF patient’s record indicated she had been essentially nonresponsive for close to one month due to medication issues; however, the Medicare billing records indicated the patient was getting the highest level of rehabilitation services on a twice-weekly basis. The billing fraud came to light during litigation of a medical malpractice/elder abuse claim. The plaintiff’s attorney then discovered that the directors of nursing and rehabilitation had past fraud convictions.

The fraud convictions were a matter of public record that could have been discovered during the hiring process; however, the SNF either overlooked the convictions or did not discover them. There was no documentation of criminal background checks in the administrators’ files. The convictions for fraud complicated the defense of the SNF and its medical director in a variety of ways:

The SNF was investigated and fined.

A detailed discussion of Medicare fraud and abuse risk management is beyond the scope of this article; however, there are several online sources of information, including the Center for Medicare & Medicaid Services Medicare Learning Network publication, Medicare Fraud & Abuse: Prevent, Detect, and Report.

Case Three: Hiring Clinicians and Staff Who Are Not Licensed

Hiring clinicians and staff without appropriate licensure can result in allegations of negligent hiring and even aiding and abetting the unlicensed practice of medicine.

A physician’s failure to ensure that his physician assistant (PA) was licensed resulted in aiding and abetting the unlicensed practice of medicine.

A physician who owned a small group practice learned about a PA from a colleague who had previously employed the PA, and brought him in for an interview. The PA showed the physician some papers, one of which appeared to be a physician assistant certification. The physician assumed the paper was the PA’s license, but it wasn’t. He did not have a license. When a patient filed a medical board complaint against the PA, the board discovered he was not licensed. The medical board then revoked the owner physician’s license for aiding and abetting the unlicensed practice of medicine.

Consider the following recommendations for screening of clinicians and staff:1,7

1. “If Job Candidate Has a Criminal Record, Ask Questions.” American Medical News. August 2009. (accessed 3/26/2017) (resource not available online at the time of publication)

6. “Medicare Fraud & Abuse: Prevention, Detection, and Reporting.” US Department of Health and Human Services Centers for Medicare and Medicaid Services. Corporation for National & Community Service. October 2016. (accessed 3/26/2017) (resource not available online at the time of publication)